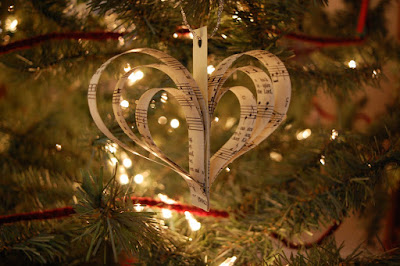 I recently finished reading Making Music and Enriching Lives by Bonnie Blanchard. I have been reading and discussing the book with my former piano teacher. There is much to learn from this book for music teachers. While Bonnie is a flute teacher, she tried to make sure the ideas put forth were compatible with other instruments. For the most part, I think she succeeded. She includes lots of tips for getting students to practice (a really big problem for teachers.) She also includes suggestions on how to practice. A student's biggest problem may be not knowing what they should be doing during practice time. She also discusses how to motivate students, prepare for recitals, concerts, and auditions. On a slightly different track, she does spend some time on the business aspect of being a music professional.


On the whole, I would recommend this book to other teachers looking for resources to boost their teaching skills.
at Friday, November 20, 2015 No comments:

It all started in April 2013. I had played on a digital piano for years. My teacher didn't exactly like that, but she and I both dealt with it. I don't remember exactly how, but the idea of an acoustic piano popped into my head.

I wanted to teach piano, but I wasn't sure how to do it with one piano. I had three siblings at the time that needed to practice, I needed to practice, and I needed to give said siblings lessons on that one piano.  I wasn't sure how I was going to be able to teach more students and still have my siblings get their practice time in. So I did a little, half interested research into used pianos available in Portland. After my syllabus evaluation that month down at the university, my mom and I went to look at what was available at the local music store. When we got home, we talked to Dad about it and he was willing to think about it and search for an instrument. (Though at the time, I had thought a $500 piano from a dealer in Portland would be just fine.)

So my mom and I searched websites of the stores in Portland and searched Craigslist. We had a list of some that were interesting, and we planned to look at the $500 piano in Portland when I was at an OMTA recital at the store in late May. That's is when I found it.....

It was a beautifully restored upright piano. It was supposedly from a Kimball 1869, (that is what I found from my research as well, but my tuner thinks it is from the 1890's, it doesn't really matter to me), the woodwork was beautiful, the color nice and bright. Needless to say, I really, really, liked it. However, it was $1000, more than my dad would probably consent to. Well, that ended up not being so much of a problem, he was alright with that, but still cautious about the investment. I sent the link to my piano teacher. She was interested. The problem was we couldn't get ahold of the owner.  We tried, but we never got anything back.


So several weeks passed and I went to my recital in Portland. I played on all kinds of pianos, including a concert grand for my recital. My dad was now convinced, but after playing the $500 piano, we knew that wasn't going to be an option. It sounded terrible. I played another used piano, it was better, didn't cost too much, and I was interested.
We had a friend of ours who is a piano tuner take a look at it.  He was favorable to it. I just still wasn't quite ready to commit to saying yes to buying it. Then she called, the owner of the beautiful Kimball piano.  She hadn't been able to get back to us because the email link was broken, so she hoped we didn't mind that she looked up our phone number. We set up a time to go see it and we took my piano teacher along. My piano teacher and I both played it. It was definitely out of tune, but it had a beautiful bass section.
Back at home I was undecided.  My piano teacher liked it, I loved the woodwork, but I wasn't sure if it had a heavier action than the one in Portland. My piano teacher didn't think the action was too heavy though. I really wanted to say yes to the Kimball piano, but I just wasn't sure. I talked to my dad on the phone and he got me to admit that the Kimball is the one I really wanted.
It wasn't too long afterward that we made the arrangements to buy it, and had it moved to my house on June 7th! I was then the happy owner of a beautiful piano.
Now I will show you the reason why I fell in love with it......
at Monday, September 14, 2015 No comments:

Email ThisBlogThis!Share to TwitterShare to FacebookShare to Pinterest
Labels: buying a piano, pianos

Having audio collections of various composers is an important asset to any musical studio. Listening to audio recordings of current repertoire pieces can help both student and teacher and inspire them to greater heights of musical achievement. Listening to audio recordings of potential repertoire helps me choose the music I will enjoy. No one wants to practice a song they hate!

To begin my library of classical music recordings, I bought the Rise of the Masters: Chopin -- 100 Supreme Classical Masterpieces audio collection from Amazon. This collection contains a selection of Chopin's waltzes, etudes, mazurkas, polonaises, nocturnes, and many other pieces. I liked that it was an Mp3 download and I could immediate load it onto my electronic devices. Another great benefit was that it was very inexpensive. Because it is so inexpensive, it would be a great suggestion for students to get their own copy so they can listen to the music at home. Happy listening!

For my birthday, I received a book of Scott Joplin's complete rags. I was really excited to be able to dig into Joplin's music. I have been working on memorizing "The Entertainer", and have found that I really enjoy playing rags. My favorites from Schirmer's collection of Scott Joplin rags would be "Elite Syncopations" and "Bethena Waltz". This collection would be a good book for an advanced student to sight read from.


For my listening pleasure, I own Rags to Riches: the Essential Hits. This is a well done collection of a sample of Joplin's rags. It is available both as a Cd and as an audio download.
at Monday, August 31, 2015 No comments:

For many years, I participated in OMTA's Composition Celebrations, an event designed to encourage students to compose their own music. Since I graduated from piano lessons, I have not been participating in this event. However, I recently found that Greg Howlett is hosting music writing contests. It is open to various genres and instruments, and runs monthly. One of the criteria for winning is the marketability of the piece. Is there a viable market for it? An incentive for entering is the $250 dollar prize. All entrants can choose to have their piece posted as a free download on Greg Howlett's blog, although you may also be able to have it sold from his website instead. To find out more, click here. I have already submitted my own piece.
at Saturday, August 29, 2015 No comments:

I think all teachers have found at some time or another that they or their students have redefined the meaning mezzo forte and forte. The new meaning of mezzo forte is medium fast, and obviously forte means fast!


It is an interesting phenomenon that dynamic markings unconsciously influence how fast a section is played. Passages marked piano are often played slowly and treated reverently. Loud passages are played with great speed and gusto. It is amazing to see the connections we unconsciously make between speed and volume, and in turn connect to different emotions.
at Monday, August 24, 2015 No comments:

Sarah
Hello, My name is Sarah, welcome to my blog. I am a piano teacher and member of Oregon Music Teachers Association (OMTA) and Music Teachers National Association (MTNA). Music is one of my greatest passions. I have ten years of experience playing piano, and have taught piano for a couple of years. I enjoy writing music and have participated for several years in the OMTA Composition Celebration, receiving honors at the both the local and state level. I have passed my Level 10 exam with the OTMA Syllabus program which tests the student's knowledge of music theory and repertoire. I also have experience leading church music. In all these endeavors, I hope to give glory to God, who gives me the ability to do any of this. My favorite place to play piano is in the company of other musicians on a Sunday morning praising God. I hope you find the information on my blog helpful and educational, whether you are another teacher or a student.